Our resident travel guru and Editor-in-Chief, Layla Revis, has roots in Maui so when she heard about Prime 112, South Beach’s latest dining destination, and their incredible new dish: Hawaiian Tuna Poke ($43), we had to let our readers in on the delicious recipe (PS. Thanks to Prime 112 and Chef Sabin!).

Gaining accolades from culinary enthusiasts from around the world for using the freshest and highest quality ingredients available, Prime 112’s Executive Chef Mike Sabin requests up to 300 to 500 lbs. of Hawaiian Big Eye Tuna each week for the dish.

In fact, Prime 112 is the largest purchaser of the rare Hawaiian fish in the country.

With a number of dishes comprised of this Tokyo-grade tuna, Prime 112 requires the superior ingredient be shipped overnight to the restaurant three times per week. As opposed to the standard Big Eye Tuna seen on many local menus, Hawaiian Big Eye Tuna is wild-caught by skilled fisherman who pump CO2 into the fish before and after it is wrapped to keep the meat moist and bacteria free. This special cut of fish is also higher in healthy fat content giving it an unprecedented flavor.

So, our kind readers, how is tuna poke, a staple of most Hawaiian diets made?

Directions: Combine all ingredients except for nuts, limu, and cucumber. Divide cucumber evenly and place on the bottom of four to six small bowls. Place tuna mixture on top. Garnish with nuts and limu.

A little bit about Prime One Twelve:  From distinguished restaurateur and back to back James Beard Award Semifinalist Myles Chefetz, Prime One Twelve takes the steak-house concept to another level. Since opening its doors six years ago, Prime One Twelve has obtained national and international acclaim for its outstanding service, menu and atmosphere. Located in the heart of its luxury, high-end South of Fifth Street neighborhood, Prime One Twelve is the ultimate celebrity-saturated culinary experience. 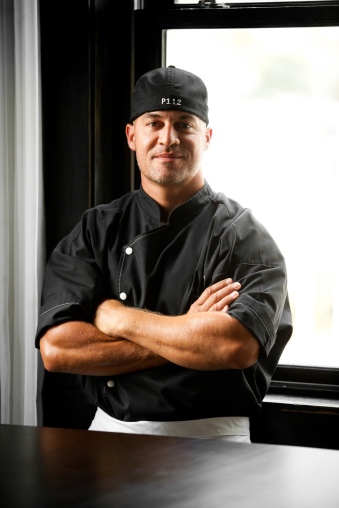 The menu boasts the finest quality beef, dry-aged for 21 to 28 days and steaks that range from an eight-ounce filet mignon to an impressive 48-ounce porterhouse. Main courses can be accompanied by a delectable array of sauces and butters and the endless selection of mouth-watering ‘Accessories’ like the Truffled Lobster Mac n Cheese are large enough to share.

Reservations are a must, as Prime One Twelve is a dining destination sought after by influential tastemakers, professional athletes, Miami locals and tourists.