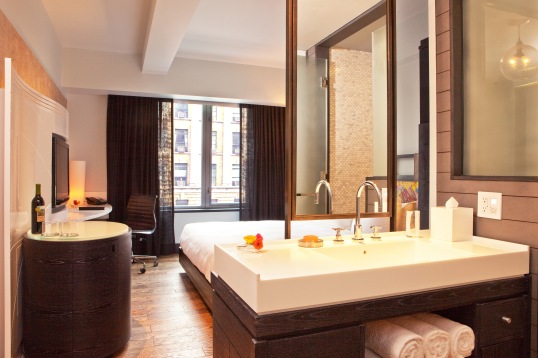 A new hotel in Union Square for all you Big City Apples. Taking reservations for April 2013, the new Hyatt Union Square New York will be located at 134 Fourth Avenue. Channeling the energetic spirit of the area – known to many as the new Digital District – the new Hyatt plans to bring high-style design through artistic lounges and rooms, ranging from loft-style studios with and without outdoor terraces to two distinct presidential suites. The hotel will also offer new restaurants by One Five Hospitality Group, led by well-respected restaurateurs Jo-Ann Makovitzky and Marco A. Moreira, owners of the highly acclaimed Tocqueville and 15 East restaurants.The hotel’s signature restaurant, The Fourth, is slated to be an all-day American Brasserie that will serve traditional brasserie fare with a modern American interpretation. Singl Lounge (for all you Singls) hopes to be a new spot for locals and guests to catch up during the day or night.

Be on the look out for an extensive single malt scotch selection and single vineyard wines by the glass.