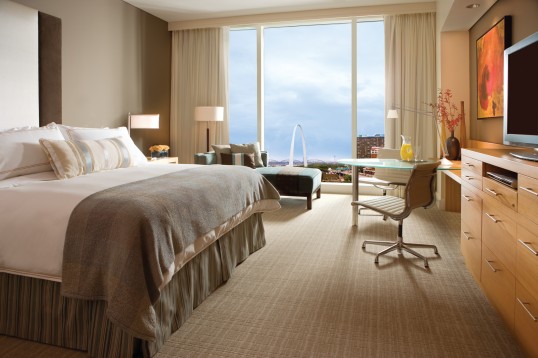 The Missouri city that Judy Garland warbled theatrically about is cursed and blessed by its location. As central as central can be, smack down in the middle of the oft-overlooked ‘flyover states’, St. Louis is an urban hotch potch of better days, enveloped in a sweet charm and the charismatic traditions that makes it something special.

The Four Seasons St. Louis is simply the smartest place to be in the entire city, a jolt of electric style in this industrial hub. We were blessed to base ourselves here, in a nook of the mighty Mississippi, for three days of family fun. Indeed, fun! A business hotel in a serious city was shockingly kid-friendly.

Traveling with a toddler is rarely easy but check-in was soothed by the appearance of a toy trolley trundling past the welcome smiles to William, 3. He was allowed to choose one toy from the bevy of delights, a tradition he somehow continued every morning (he knows how to sweet talk a pretty receptionist, despite his limited vocabulary), while we got our keys and the lowdown.

After hurriedly unpacking, we ravenous rabble headed downstairs to Cielo for an incredible meal on the patio overlooking the pools and cabanas, brought to us by the recently poached chef of Venice’s Hotel Danieli, Gian Nicola Colucci. Eight storeys above the St. Louis skyline at sunset, the simple yet elegant Italian cuisine used the finest local ingredients for the Italian maestro’s reinvented takes on Italian classics – flavours rooted in the familiar with a fresh twist. We gorged hungrily on an octopus carpaccio with chickpea, arugula, cherry tomato and pickled red chilli pepper; bruschetta; panzarotti with three cheeses and ham; and the plumpest, tastiest sea scallops ever bitten. William was spoilt with the most fragrant spaghetti marinara ever created, and an ice cream sundae decorated with all manner of fresh-baked Willy Wonka-esque delights from the pastry chef. We rolled out of the restaurant and across the lobby, filled to the brim with scrumptiousness.

We regretted eating so much when we returned to our room to find a delicious miniature Gateway Arch made out of chocolate, marshmallows and Rice Krispies. Of course, we could have ignored it till the morning but, being on holiday, we decided to get into our dream cloud of a bed en masse and coo our way through the city’s iconic landmark.

Of course, The Jefferson National Expansion Memorial – real or confectionary – is worth the trip alone. Colloquially known as The Gateway Arch it offers a view of 30 miles in every direction and 200 years of American history. It is truly the most breathtaking monument I’ve ever seen and I’m not easily pleased. Seriously, our hotel room had a fabulous view of this patriotic semi-circle and it was hard to shut the door on it and venture out. Yes, yes – it’s just a 630ft high silver rainbow, right? Well yes and no – you expect to see a gaggle of Leprechauns to be digging for treasure at the end of it but it’s more than that…

It’s a shining, glimmering, looping pumped-up overlord, celebrating St. Louis’ role in the Westward Expansion of the United States during the nineteenth century. The park is a memorial to Thomas Jefferson’s role in opening the West, to the pioneers who helped shape its history, and to Dred Scott who sued for his freedom in the Old Courthouse nearby. I’m not even American and I felt like chanting “U S A, USA! America, hell yeah!” every time I caught a glance at it. The museum smuggled underneath it is full of tales of heroes, cowboys, wild animals and visionaries – and the gift shop offers just about every deliciously tacky memento your kitsch heart could desire. Ah, just what I needed – Gateway Arch sweatpants in aqua.

Admittedly, gawping at a giant sculpture wasn’t enough to keep my kids entertained for a whole weekend. Was there more to St.Louis than a stellar hotel and a giant arch? Yes, too much.  For a start, who knew that the ice cream cone was invented in the city? Proud of this sweet historical facts, Ted Drewe’s has been fattening up the in-the-know locals with homemade delights such as All Shook Up – a combination of peanut butter cookie and bananas mixed with frozen custard – since 1929. My family got a cone each and sat in silence for five minutes as our taste buds drifted to heaven. If I’m ever on death row, Ted Drewe’s will be part of my last meal request. It’s worth committing murder for.

Dating to the 1860s, the Anheuser-Busch Brewery includes many architectural gems from those times and the free tours offered take in the 1885 Clydesdale stable (complete with the gorgeous horses made famous in the Budweiser Super Bowl ads) and the historic 1892 Brew House. You’ll be offered three cups of different in-house brews on the tour, so take a cab from your hotel to partake freely. And if you like what you sample, stop off in the new, stylish Biergarten, which celebrates Bud’s German heritage by serving beer flights and Brats to suit all tastes, before leaving with copious amounts of frothy merchandise. O’Doul’s beach towel anyone?

You can walk off the beer and ice cream calories at The St. Louis Zoo, home to a children’s zoo and over 11,400 exotic animals. Many of the animals are rare and endangered, and represent 810 different species from every major continent of the world. And it’s free! Yes, it won’t cost you a bean to get monkeys to entertain your own little monkeys in St. Louis, a relief for all cash-strapped parentals. The kids will love it, even if the whiff of wildlife can be overpowering on a hot day.

And anyway, you can return straightaway to the Four Seasons, head to your en suite and wash off any animal house fragrance in a gigantic tub, bubbled up with L’Occitane products; or head to the spa for a rejuvenating, nostril-neutralizing massage, topped off with a chill in the gigantic steam room. Or you could just open your curtains as wide as you can, sink into your fluffy bed, and watch the sun sink somewhere over the rainbow and into the Mississippi. 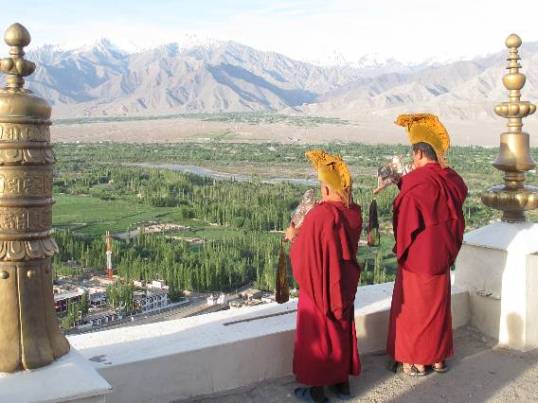 I like a good adventure like the next person, but these days I’m more glamp and less camp. So, whenever I come across a great glamp group, I have to spread the word.

Enter: The Ultimate Travelling Camp which brings glamping to remote parts of India so travelers can safely go places where the infrastructure is inadequate or non-existent.  In fact, it’s the first truly mobile luxury camps in India covering a calendar of destinations and festivals!

Here’s what they offer:

This allows adventurers to experience the many moods of exotic India with its dramatic landscapes, mountains, deserts, jungles and unexplored countryside. Relax in individually designed tents, with en-suite bathrooms, private decks, crisp linen and the services of your very own butler. Enjoy delicious family recipes, hear stories from specialists and guest “travelogists” over fire-lit evenings, and immerse yourself in the magic of India. The Ultimate Travelling Camp can also be customized for special occasions.

So, check out these trips below and tell ’em we sent ya!

Ladakh
June 15 to September 30, 2014
Highlights
Watch the sunset from Shanti Stupa overlooking the old city of Leh
Join the monks for a magical early morning prayer ceremony at  Thiksey Monastery
Indulge in a picnic lunch in a picturesque setting
Witness the traditional fanfare of a Ladakhi polo match

Highlights for Dudhwa
Search for the one-horned rhino and elusive tiger by jeep and elephant safaris
Visit the local Dudhwa tribe, the ‘Tharus’ and watch them skillfully weave
Enjoy rural music and dance
Explore the Kishanpur Wildlife Sanctuary
Relish a picnic breakfast in the depths of the jungle 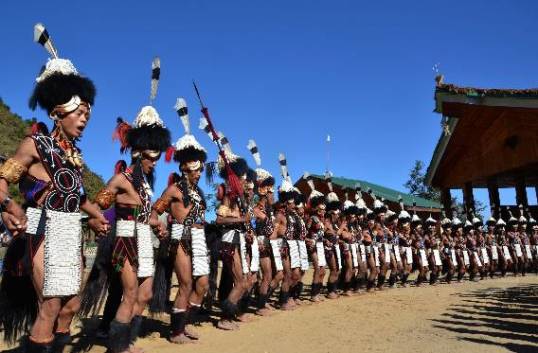